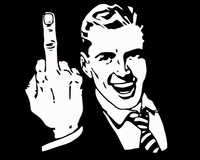 You sold the shovel?

He was asking like 11k for the shovel, so there is no way he sold it that fast, we talked the other day and he wasn't planning on selling the shovel, I know he had the evo on for a real good price so not suprised it sold so fast.
Just no way he sold the shovel already.....if he did well I guess the man that was formerly known as shovel Dennis will now be ..............just Dennis, the twin cam guy

Wow, maybe he joined scientology as well? Stopped drinking and goes to church to become a baptist minister, needed the twinkie to travel around and spread his ministry??
LOL