Well you fellas may want to have a gander at the velva touch install. Her are the front ones going in and I just wanted jack to have a good look at that front one and see how much straighter it is going to be opposed to the solids that have a very noticeable lean to them. 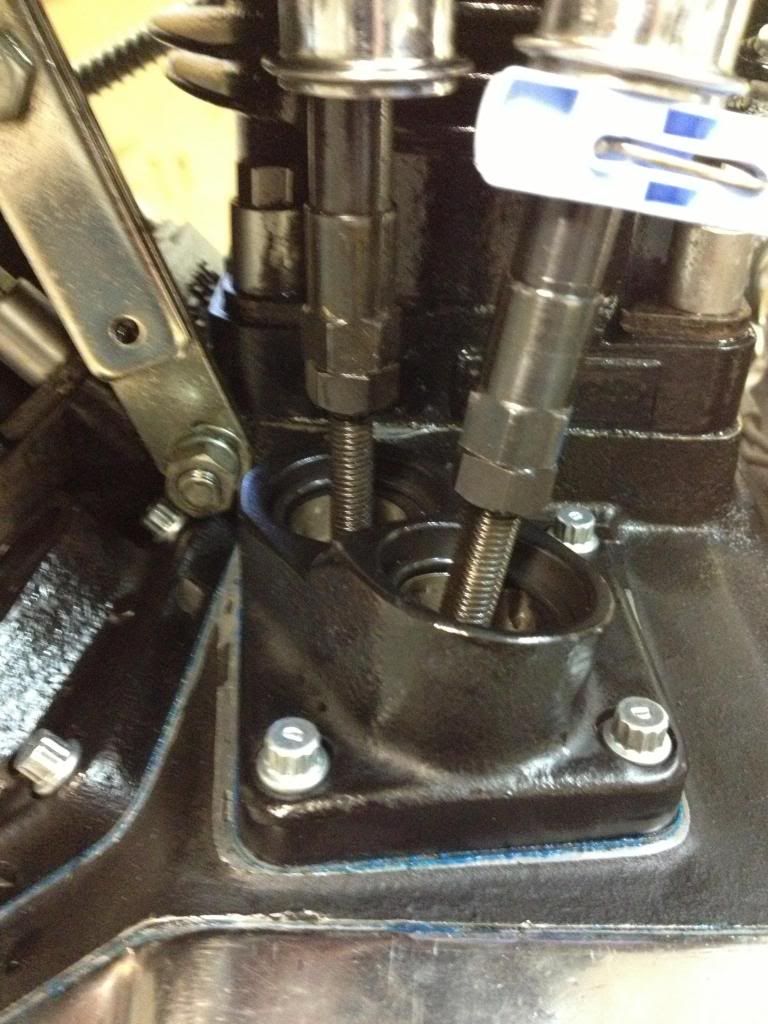 That angle looks much better. I can hardly see any angle at all. Very nice set up. I should save up this winter and get a set for next year.

The angle looks GOOD! Are there quad seal/o-rings in those blocks for the covers? Personally I'm not liking all the thread showing on the adjustment ends.

I am just using orings, they are not provided with the kit. Ya kind of suprising the amount of thread there for sure, the evo style ones didn't have near as much, but these are Daves custom pushrods that come with this kit, so I have to trust him on that one.

I think the reason for such a long adjustment is the lifter sits pretty low in the hole that enables that better geometry for the pushrods but in order to clear the blocks they need to collapse quite a bit...if that makes sense. When I installed them they had to be almost fully closed to get over the shoulder of the lifter block. I hope these are half as good as the evo ones cause they worked well.
Pretty easy to set up, stick em in turn out adjuster just until there is no up down movement and then an additional 9 flats on the front ones, and only 6 flats for both back ones. Of course set them with lifter on the heel of the cam and don't turn motor over until lifter will turn by hand(lifter has to bleed off). Mine didn't need to bleed off they were ready soon as I was done tightening them up, I think some of the oil had seeped out from sitting for so long on the shelf.

I haven heard my rattle since i installed a set ;-)